This is Part 1 of Downtown so far!

- Removed the School and moved it to Pinochle Point

- The Regency Arcade will go to where the Hospital is and a Club will also be next to it.

- The three 30x20 lots will be the fire station, consignment store, and salon

- Contemplating whether or not I should place the junkyard in the 30x20 lot next to the art musem apartment lots.

- I also created an extention to Wright Way and moved the Gym there, making room for another lot in its place.

- Added 30x20 Lots in 5 areas, so one could add other community lots or apartments if they wish to. 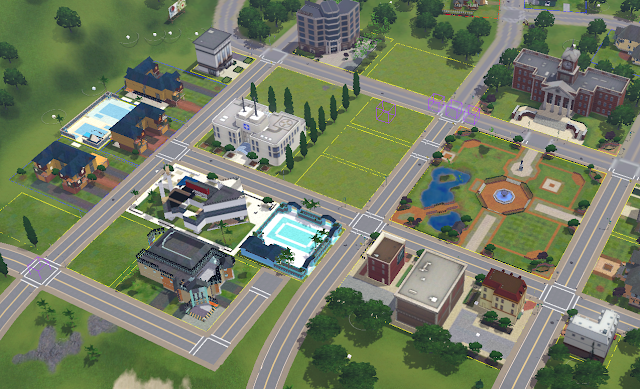 Unfortunately, I chose this last minute and decided that this town area should more "downtown" but at the same time, more like a town rather than a city. So High Rises and Skyscrapers will not belong here, but any form of clubs, bars, or lounges work great!

I will be hosting a contest in September for Builds! ^_^